Home
Mobile & Tablets
What Americans Should Keep in Mind About Roaming

Roaming is using a cell phone outside of one’s local calling area. This can be for making calls, sending text messages or using data to check e-mails and download pictures. Many Americans, however, tend not to think about what roaming actually is; instead, they only think of the high cell phone bills and fees associated with it. Global roaming is especially expensive, even if one’s cell phone company is a Global System for Mobile Communications (GSM) carrier, able offer its customers international roaming plans. Consumers who purchase international plans through their cellular company often face ludicrously high rates for calling and costs as high as 25 cents per text message. However, taking the time to research and understand the specifics of each particular plan can go a long way toward saving money.

What to Keep in Mind While Roaming

There are steps you can take to prevent being shocked by surprisingly high roaming charges on cell phone bills (a condition commonly known as “bill shock”). Many consumers don’t take the time to understand their carriers’ roaming rates for texts and calls. Travelers also need to remember that apps set to retrieve information using the internet, such as e-mail, horoscopes or weather can rack up roaming data charges quickly. Such apps should be turned off to prevent unwanted charges. It is also a good idea to avoid uploading pictures and videos to social networking sites while roaming. Wait to do so until you’re in an area that offers free Wi-Fi. The biggest thing you should keep in mind about roaming is that it is in the consumer’s best interest and is the consumer’s responsibility to keep track of data, voice and SMS usage to avoid bill shock. Some carriers are not reliable when it comes to monitoring cell phone usage, but apps are available that will monitor all types of usage in real time to keep travelers aware.

Travelers aren’t always are of it, but there are numerous, often inexpensive, alternatives to roaming. If travelers want to call home or receive calls from home, they can save money by using free Wi-Fi hotspots to make calls via Skype or a similar service. Free Wi-Fi hotspots are also useful for checking e-mail and searching for directions via the internet. In addition, there are some apps that allow you to exchange messages without paying for SMS texts. This is done using the same data connection that you use for e-mail, so you can text for free at places that offer free Wi-Fi. Another option is to purchase a prepaid SIM card for unlocked GSM phones. This way, calls from the United States can be accepted at as low as 69 cents a minute through companies that forward North American cell phone calls to the international cell phone numbers that go along with prepaid SIM cards purchased in other countries.

The most important thing for Americans to do in order to avoid sky high roaming charges is to do their research. Rates vary between companies and countries, and the best way to get the most out of one’s money is to take the time to understand all applicable options and their details. A little research really goes a long way. 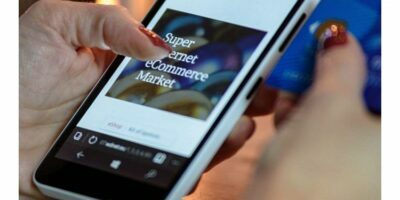